Kyle from our SLES program gives us the lowdown on what’s involved in travel training and how it can be a fun way to develop your skills and independence.

We all met at Sunshine station at 9am to go to the city. First thing we all had to do was show how to top up our mykis and check the balance. We also had to prove we are able to touch on at the station independently. We took the train straight to Flinders Street where our adventure began.

When we got off the train, we walked over to look at the Flinders Street clocks and we took a photo standing under them. Then we walked over to the graffiti lane and we loved it. Such an amazing spot and we got some great pictures with all of the wall art. 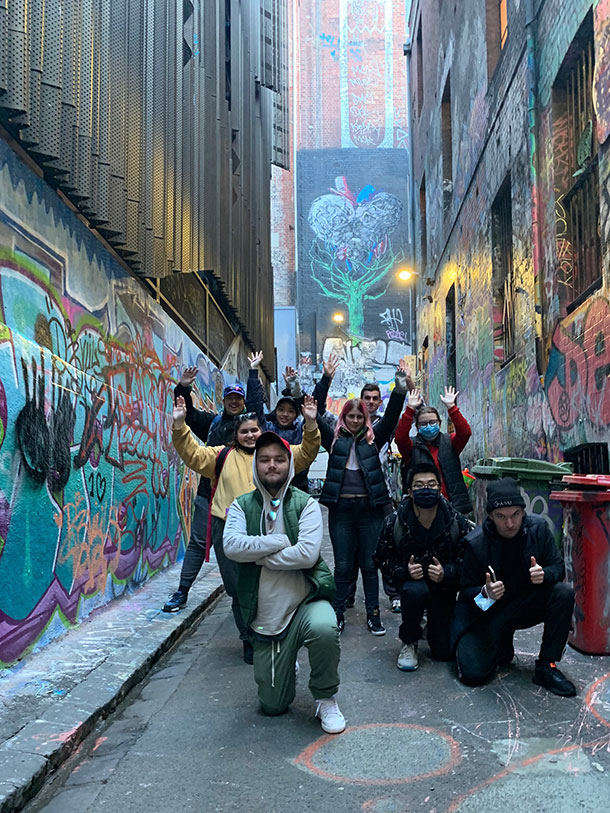 Posing with some Melbourne street art

After this we walked over to Fed Square and had our coffees, milkshakes and hot chocolate. Then we walked over to the tram stop to catch the famous city circle to have a mini tour of the city. Luckily, Brittany realised we were waiting at the wrong stop or else we would have missed it. We were supposed to tell each other where to go but we got it wrong, but doesn’t matter because we learnt from our mistakes and it made us check the maps properly. The tram driver that we had was really funny and had a great personality, he made jokes and made the ride fun for us. We got off at Parliament House and some of us ran up the stairs. We saw two people taking photos because they just got married. We also took some photos with the police officers, and they were really nice.

We then got back on the city circle to the Old Melbourne Gaol and State Library and went for a little walk in there which was beautiful and big. After that we walked to Chinatown and had a look around. A lady handed me a booklet but it was in Chinese writing and I couldn’t understand. A lot of places were shut down due to COVID and not making enough money which is sad to see. Then Brittany led us to Melbourne Central so we could take the tram to Docklands for lunch. 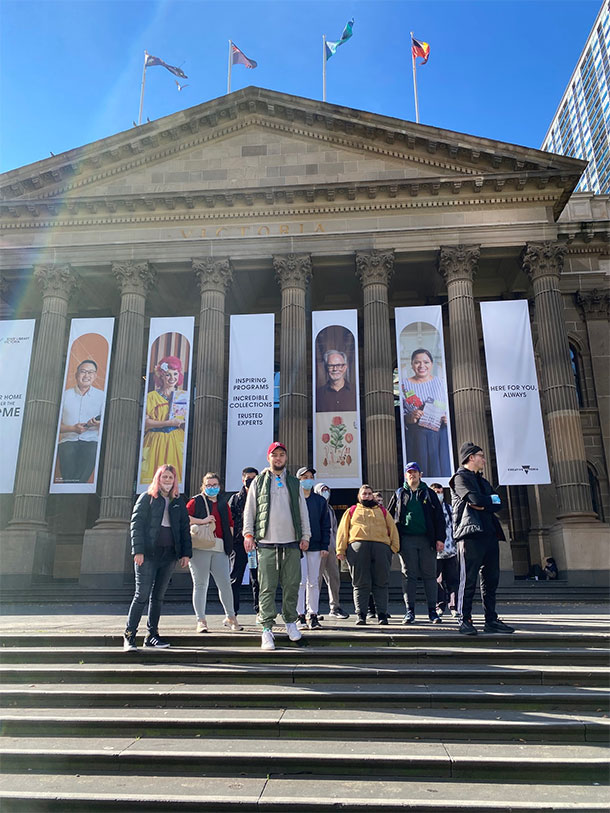 When we got to Melbourne Central there was a man pretending to be a tree and scaring people who walked by. Michael was the only brave one who took a photo with him. While he was scaring people, we all thought it was really funny to watch, except for these two ladies who got offended. We walked into Melbourne Central to look at the big clock, but we needed to wait for an hour, and we were all so very hungry. Then we walked over and took the tram to Docklands and it is so pretty especially when the sun is out and it reflects on the water.

We had a look around and then we bought our lunches in the food court. Most of us got KFC. We sat at big yellow tables and just chatted. Brittany and Chloe were annoyed because people kept feeding the birds and making them come closer to us. They’re scared of birds and so they had to keep moving around, away from them. Some of us got ice cream and really liked it and others played some football. Some of us also went and looked at the shops. 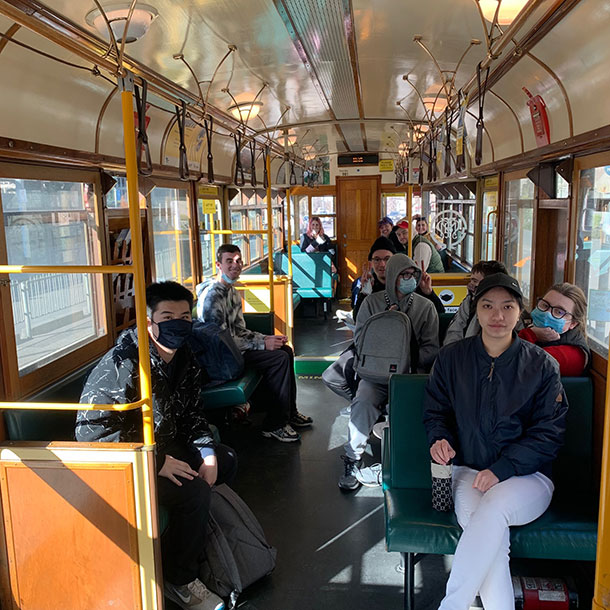 It was a really fun day, but we walked way too much. We learnt about maps, important landmarks, how to take different modes of transport, how to follow maps and how to find the trains timetables at the stations. After Docklands we took the tram to Southern Cross station and had to find a train line that went to Sunshine. The Watergardens train is the one we needed to take but it was running late. We finally got on the train and made it back to Sunshine station. Some of us got picked up by taxis, our families or took public transport home and all went our separate ways. I really enjoyed the day and I liked seeing everyone talking to each other, even the shy ones were talking.

What is assistive technology?

SLES blog: how to plan a holiday

Nine ways to make friends when you have disability

News from the NDIS and Intake Team

Get gaming at Melton

Putting the choice and control into Flexi Choices!