Caroline, Gabriel and Shakaya on their trip to 3CR, recording a voiceover and discovering what's on offer at the Yarra Youth Centre

On 10 May 2022, we met at Sunshine Station and took a train to Parliament Station. We walked around the fountain and took a group photo together. Then we walked to the tram stop and took Tram 12 to Smith Street and stopped at McDonalds to have morning tea. Everyone ordered breakfast of their choice whilst we engaged in group conversation, everybody made some jokes, morning tea was very fun. Then we left McDonalds and began walking towards 3CR Community Radio Station. 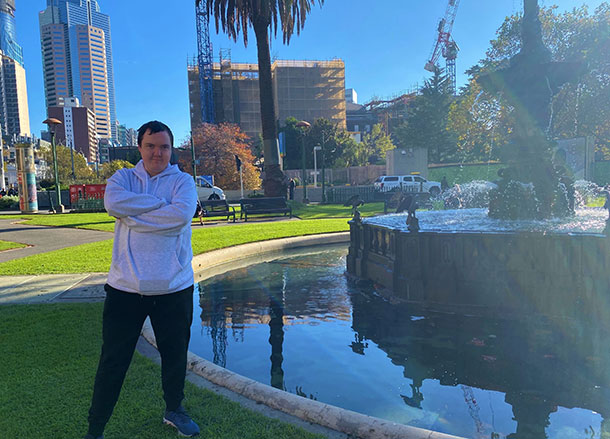 We took some photos on the outside of the Radio Station, some as a group and some as individuals or as small groups. As soon as we walked inside we registered our contact details for the COVID safe plan. Then we began looking around at the posters that were surrounding the reception area. Once everything was done, we met with our tour guide Michele who introduced themselves to the whole group then they asked us our names and each individual introduced themselves. 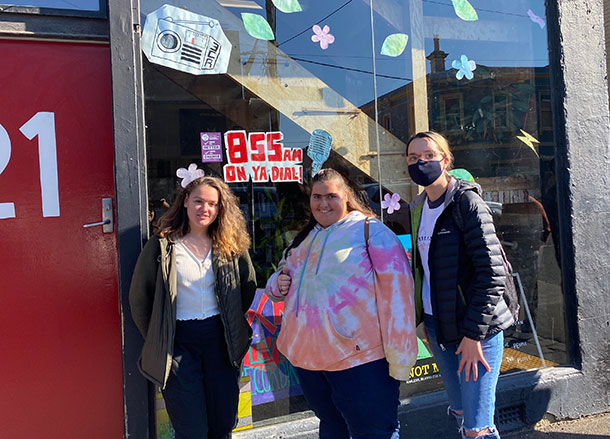 The SLES team enjoyed their visit to the 3CR radio station

When we began walking upstairs to see the courtyard, Michele showed us the antennas that broadcast the radio signals as far as Werribee, Geelong and the top portion of Tasmania. They also showed us the server room that helps 3CR broadcast their signals which we all took turns to look around.

Once we were all finished, we walked into the recording room and saw all of the equipment they use to do the recording and then Michele showed us how to speak using the mics to create an introduction for the station, their website and explain how people can help support community radio by subscribing and donating. Five people in our group were able to record an intro for the radio station which we were able to listen back to.

I (Caroline) liked how we were able to record the radio introduction because I was feeling excited to practice talking in a mic and when I was recording it was a boost of confidence for me to be able to let people hear me. The other four people took turns at recording the intro as well which Michele said that we should keep an ear out for on 3CR Community Radio Station at 855 AM. 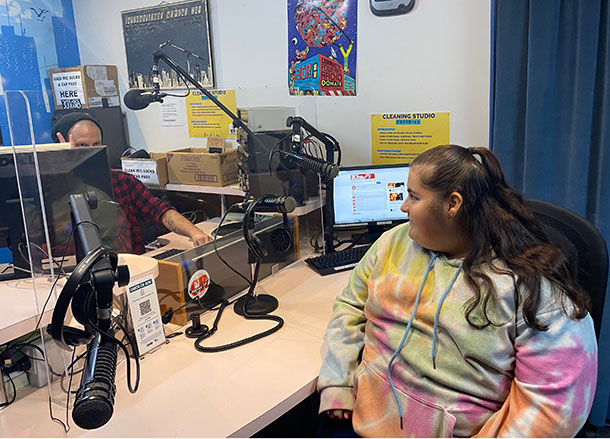 Once we were finished in the recording station, we walked towards the courtyard where Michele gave us all some souvenirs. After getting the souvenirs we walked outside to see a mural of what 3CR means to the community.

Once everyone was together again, we walked down to a park that was close to the Youth Centre in the Yarra area which we needed to go to afterwards. Whilst we were all having lunch, we saw a lot of dogs playing in the park with their owners.

Once everyone was finished with lunch, we walked across the road to get to the Youth Centre and waited to see if we were able to get a tour guide. 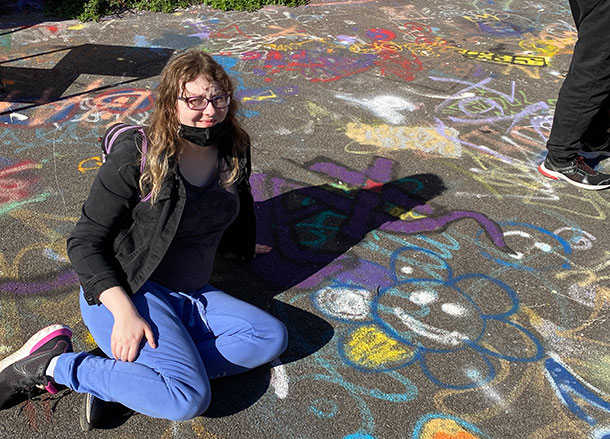 The Youth Centre had lots of programs including graffiti art

When we were able to get inside the Youth Centre we were introduced to Tiana and her fellow co-worker. They told us about their programs/services that they offer for the Yarra community youth, then began showing us around their facility such as an area with a foosball and pool table, a courtyard used for graffiti and showing people who do the graffiti program how to do it in an artistic way and not defacing something that could get you in trouble.We were also shown an art room which is used for a fashion and art program as well as a DJing program which was only available for females and non-binary people.

Once we were finished at the Youth Centre, we began walking down towards the tram stop to get back to Parliament Station. We got onto the tram and went on our way back to the station to catch a train to Sunshine, which most of us got off at. Overall the trip was amazing as we were able to have fun and go back to the city which we haven’t been able to do for a very long time. It was a successful trip and we highly recommend it for next year’s SLES group.

Get in touch
View All News

What is assistive technology?

SLES blog: how to plan a holiday

Nine ways to make friends when you have disability

News from the NDIS and Intake Team

Get gaming at Melton

Putting the choice and control into Flexi Choices!