SLES blog: Adventure through the city!

On Tuesday 30 August 2022, the SLES class had to go to Sunshine Station to meet up with Suzie and Brittany [staff members] as well as the rest of the SLES class. Once everyone arrived at Sunshine Station, we had to do an activity where we showed Suzie that we knew how to use a Myki machine to top up and show the balance on the card. Once we demonstrated that we knew how to use the machine, we delegated someone to look at the train times on their phone. We saw that there was a train at Platform 1 to go through the City Loop, so we went through the gates and down the stairs to the platform where the train was arriving from.

Whilst on the train, we had to look at the screen that shows the next station to see if we were at Flinders Street Station. When we were on the train, we went through the tunnel and passed the stations in the City Loop including our final destination. 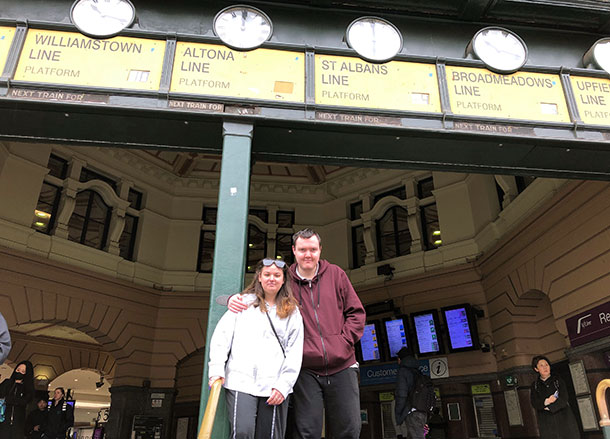 Brooke and Hamish stand under the Flinders Street Station clocks

At Flinders Street Station, we found out about how there was a man with a big stick who would change the clock times manually when a train entered the platform. The architect accidentally mixed up the designs for Flinders Street Station and a train station in India. After we took a picture in front of the clocks at Flinders Street Station, we walked along the Princes Bridge and took a picture with the MCG in the background. We found out that the Latin on the bridge “Vires acquirit eundo” means “He gains strength by going” which means the river gains strength by moving. As we walked along the bridge, we went to Fed Square and sat in between the letters that spelt FedSquare and saw the surrounding areas and learnt about the past building that was there before Fed Square which was Gas and Fuel Corporation Towers which was demolished in 1997 to begin construction for the area we currently know as Fed Square. 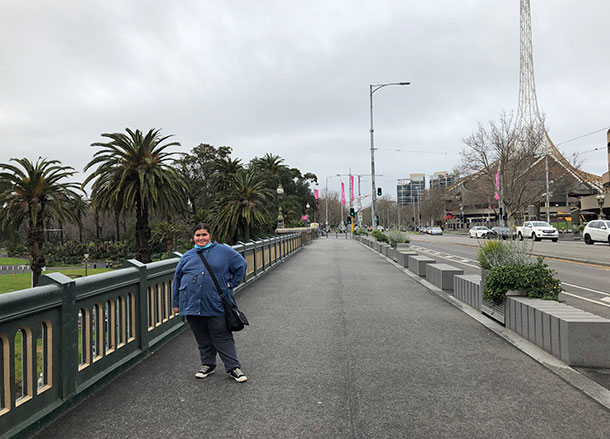 Keyannah enjoys the view from the Princes Bridge

We began walking towards St Paul’s Cathedral and found out who built it and how it was built between 1880 and 1931 and is an Anglican church. For our morning tea break, we went to a cafe in the Atrium which is near ACMI in Fed Square. Once we were finished with our morning tea, we crossed the road towards Hosier Lane and took some group photos in front of some of the art that is displayed in the lane. 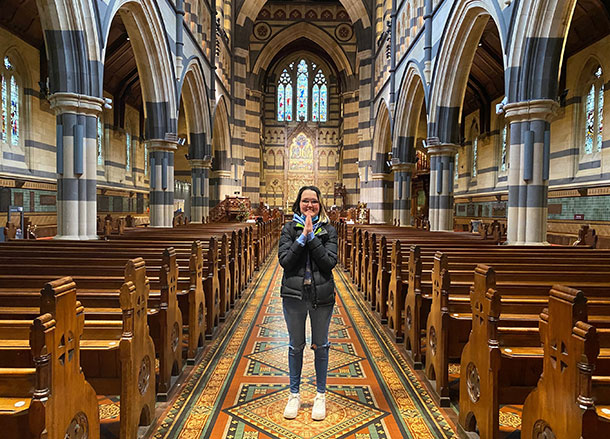 Shakaya takes a look inside the St Paul’s Cathedral

After walking to the tram stop, we delegated someone to have a look at what tram to take which was Tram 35, the City Circle Tram. We went towards Parliament House and counted the steps which came up to 40 steps (which was Hamish and Ethan’s count). Whilst we were walking towards the State Library, we stopped at an alleyway that was a tribute to Divinyls’ front woman Chrissy Amphlett who died in 2013 from breast cancer.

At the State Library, we learned about how different people haunt Old Melbourne Gaol and the Princess Theatre. The ghosts who supposedly haunt Old Melbourne Gaol are Ned Kelly, who was a famous Australian bushranger and Eddie Leonski, who was a U.S. soldier who harmed three Melbourne women in 1942. The ghost people have been believed to see in the Princess Theatre is Frederick Federici, who was a British opera singer who died of a heart attack onstage within minutes at the age of 37 years old. 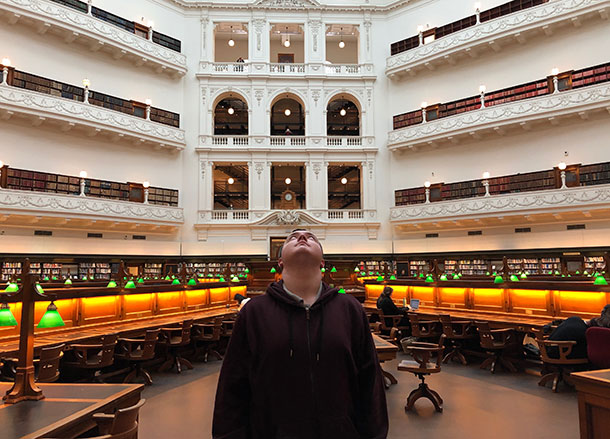 Hamish takes in the Reading Room at the State Library

After we finished at the State Library and learning about the past of Ned Kelly and his armour, we began walking towards Melbourne Central to have lunch and then went downstairs to look at the clock that strikes and plays “Waltzing Matilda” every hour and then got information about the old Lead Pipe and Shot Factory that is in the heart of Melbourne Central. After looking at the clock, we began walking towards the screens to see which platform we had to take to get back to Sunshine Station. Once we figured out the platform, we had to take the escalator to platform 3 to get to Sunshine, where we said our goodbyes to Brittany and Suzie.

International Day of People with Disability 2022

How to get a school-based traineeship

Fun ways to build confidence when you live with disability

Tips for interviewing and hiring people with disability